UpToDate includes more than 135 interactive medical calculators that allow you to enter the values in commonly used formulas to obtain numerical data. Explore the Calculator topics by clicking on a subject in the column to the right; by searching for the term “calculators” in UpToDate; or by searching a particular topic. Zie: UpToDate
Gepost door Unknown op 3:42 p.m. Geen opmerkingen: 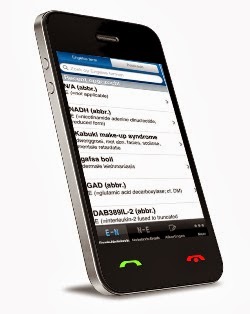 Cochrane Library, a meta-analyses app at the tip of your metacarpals

Purpose of App Review
To review the usability and navigability of The Cochrane Library iPad edition app.

Introduction
Evidence-based medicine is an important part of modern medical care.
We provide treatments and manage diseases according to the best evidence available.
Sometimes we need help synthesizing all of the data from multiple trials together–enter the Cochrane Collaboration and the Cochrane Library.
The Cochrane Collaboration is a non-profit organization dedicated to organizing medical research in a systematic way in order to improve evidence-based medicine. The Cochrane Library provides the publishing forum for the collaboration.
Lees verder: imedicalapps

The following is our weekly list of notable iPhone medical apps released during the past week–week 13. For each app, I have added some comments and alternative apps you might consider.

Week 13 was a disappointing one for new medical app releases. If you look at our prior lists, Week 11 and Week 12 , you will see a plethora of interesting medical apps that were released. Only two notable ones for week 13 though. They are the following:
Lees verder: imedicalapps
Gepost door Unknown op 3:49 p.m. Geen opmerkingen: 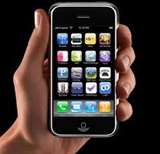 To app or not to app

The following is our weekly list of the notable iPhone medical apps released during the past week, week 12. For each app I have added some comments and alternative apps you might consider. 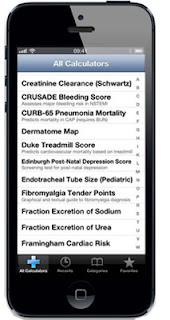 Conclusions: Many medical applications for smartphones have been developed and widely used by health
professionals and patients. The use of smartphones is getting more attention in healthcare day by day. Medical applications make smartphones useful tools in the practice of evidence-based medicine at the point of care, in addition to their use in mobile clinical communication. Also, smartphones can play a very important role in patient education, disease self-management, and remote monitoring of patients.
Lees verder: BMC
Gepost door Unknown op 4:31 p.m. Geen opmerkingen:


Here at iMedicalApps, we are big fans of any tools that make our lives as physicians and medical students easier.
The introduction of the iPad and the subsequent development of novel three-dimensional anatomy apps has no doubt improved the anatomy education of medical students and clinicians alike.
One of the major developers in this area is 3D4Medical.
Lees verder: imedicalapps 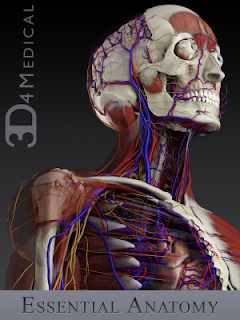 iMedicalApps has recently done a number of articles on drawMD as they build up to their big 3.0 launch.

To celebrate the launch of their new software, drawMD have made all their existing apps free so be sure to check them out in the App Store now.
Lees verder: imedicalapps 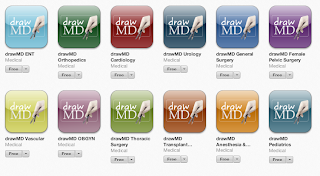 One of the updates to the Apple App Store recently is the inclusion of a specific collection entitled, “Apps for healthcare professionals”.
This collection can be found within the ‘Medical Category’.
It is a useful starting point for physicians with new mobile devices looking for relevant apps.
The collection is further subdivided into: Reference Apps, Medical Education Apps, EMR & Patient Monitoring Apps, Nursing Apps, Imaging Apps, Patient Education Apps and Personal Care Apps.
Apple are to be commended for their efforts to categorise the apps within the medical category, which will no doubt help improve future app discovery.
However, the introduction of this collection also brings one or two questions that need answering.
Lees verder: imedicalapps 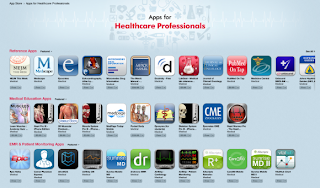 Our Definition: Education Apps in this section include a number of anatomy focused apps that offer visual diagrams for parts of, or the whole of, the human body. At least one continuing medical education (CME) app is featured in this group currently and one aggregator of physicians blogs. Many medical apps could be considered clinical consultation apps, but those contained in the group typically do not provide any particular guidelines for care – only reference materials. 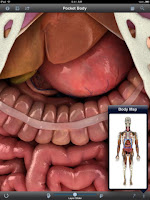 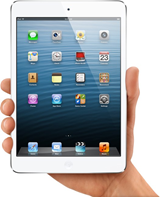 Even for healthcare providers, interpreting medical records can be tough – they are dense, detailed, poorly organized, and perhaps even illegible. For patients, interpretation of these records would be a lost cause. To tackle this problem, Nightingale, winner of the Health Design Challenge, aims to tackle this problem and created an attractive, simplified, and integrated visual interface for electronic medical records.
Lees verder: imedicalapps
Gepost door Unknown op 4:41 p.m. Geen opmerkingen:

In current form, iBooks will not be readily adopted in Medicine


Medical Education is undergoing a revolutionary change as we challenge the dogma of traditional teaching and try to innovate to improve both the learner experience and clinical outcomes for patients.

Some have declared that textbooks are dead and point to online media as the future of medical education.
Lees verder: imedicalapps.com
Gepost door Unknown op 4:06 p.m. Geen opmerkingen:

Here at iMedicalApps we are big fans of all medical apps that make doctors lives easier by bringing key information to the point of care.
The Royal College of Physicians (RCP) in the UK have recently released a new app which covers the latest national guidelines on stroke management.
This comprehensive resource covers guidance on the stroke care pathway from acute care and management and onward to more long term treatment solutions.
Stroke is the most common neurological disease and one of the leading causes of death in the developed world. Therefore, it is essential for all clinicians–regardless of specialty–to have a thorough understanding of the disease process, diagnosis, treatment and management.
The RCP have recently released their national guidelines on stroke in the form of two apps. One app is free and designed for patients and the other is very cheap and designed for clinicians.
Lees verder: imedicalapps

Hands on with the Inkling app for iPhone

For those that don’t know, Inkling is a company who is creates highly interactive medical textbooks (among others).

iMedicalApps has extensively covered Inkling before as we believe that the interactive features offered will enhance learning and engagement.
Initially Inkling only offered textbooks for the iPad, however with the launch of Inkling for Web, all of their content became accessible on any type of web enabled device including home PC, Android and iPhone.
What really excited us here at iMedicalApps, though, was the launch of a native iPhone app. This review will focus on Inkling for iPhone to see if it can really offer the same experience as that on the iPad version.
Lees verder: imedicalapps

One of our favourite developers is drawMD who are the focus of this review. This review will cover who drawMD are, their apps and also what makes their approach so special.
Lees verder: imedicalapps 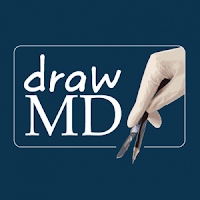 How to choose medical apps responsibly

SEATLLE -- First there were online medical sites. Now health apps are exploding. But which ones can you trust and how can you use them responsibly?

Dr. Swanson says health apps have taken do-it-yourself to a whole new level, for better for for worse. She gives a thumbs up to those that help track diet and exercise.
However, when it comes to dianosis, watch out. A study in JAMA found that three popular apps claiming to detect melanoma missed the cancer on average 30 percent of the time. Dr. Swanson says, at best, apps and online resources are only helpful tools, not replacements for your doctor.
The FDA currently does not have jurisdiction over smartphone apps; however, the FTC was able to shut down two apps that claimed to treat acne with a blue light.

Statistics from The Pew Research Center’s Internet & American Life Project
•80 percent of people look up health info, but 35 percent now go online to self-diagnose
•77 percent of people use a search engine first
•About one-half of people went in to see their doctor based on findings online
•85 percent of all adults in US have cell phone, more than 50 percent have smart phone
•1 in 5 Americans have a health app on their phone

New Research Shows Not All Apps Work (from JAMA Dermatology, Jan. 2013)
•Doctors loaded photos of moles into four popular skin cancer screening apps
•They found highly variable resuts: none of the apps were perfect
•3 of 4 skin cancer apps missed 30 percent of the cancerous moles
•The best app sent the photo of mole to a dermatologist to evaluate

What Parents Need To Know
•Health apps still don't replace a visit. Many are not ready for "prime time"
•Create a "breadcrumb trail" when you're online - print out info & bring it to your doctor’s appointment
•Take photos of rashes or conditions you're concerned about
•Use health apps you like but confirm results with your doctor
•Read health info from medical institution websites & content written by experts
How-to-choose-medical-apps-responsibly 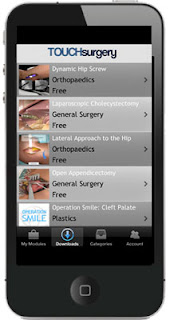 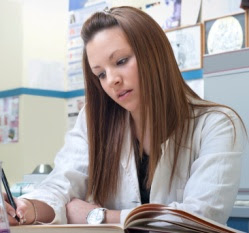 To review how Skitch can be used as an image annotation tool for medical professionals.

Introduction
We’ve already written about how Evernote is a great app for organization, efficiency, and productivity.

This “most essential” app is not inherently medical, but is tremendously useful for medical professionals by creating an organized, searchable place to put all our thoughts and notes. Evernote takes advantage of mobile camera phones, encouraging users to take photos of their notes to index them, then automatically makes any text in the photo searchable.

Skitch is a photo annotation tool created by the Evernote developers and meant to be used in conjunction with the original app. As an enthusiastic Evernote user, I was curious to see what Skitch could add, so I tried it out on my iPhone and iPad. The app is also available for Android, Windows, and Mac.
iMedicalApps

Backgroundarches for clinical trials and systematic reviews, it is said that Google Scholar (GS) should never be used in isolation, but in addition to PubMed, Cochrane, and other trusted sources of information. We therefore performed a study to assess the coverage of GS specifically for the studies included in systematic reviews and evaluate if GS was sensitive enough to be used alone for systematic reviews.

Methods
the original studies included in 29 systematic reviews published in the Cochrane Database Syst Rev or in the JAMA in 2009 were gathered in a gold standard database. GS was searched for all these studies one by one to assess the percentage of studies which could have been identified by searching only GS.

Results
All the 738 original studies included in the gold standard database were retrieved in GS (100%).

Conclusion
The coverage of GS for the studies included in the systematic reviews is 100%. If the authors of the 29 systematic reviews had used only GS, no reference would have been missed. With some improvement in the research options, to increase its precision, GS could become the leading bibliographic database in medicine and could be used alone for systematic reviews. 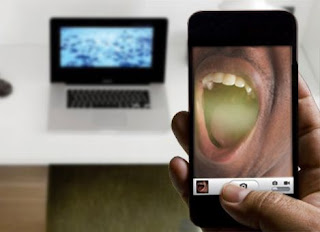 Even healthy people worry about the quality of care they can expect to receive when they become ill. Will a cancerous tumor be spotted early enough? Will hospital staff move fast enough to save my life? What is the worried-looking doctor scribbling in my chart?

Health-care innovations aren't limited to drugs and devices. Experts increasingly are adopting new ways to treat patients that studies show are better at healing the sick, preventing disease, improving patients' quality of life and lowering costs. Here are 10 innovations that took root in 2012 and are changing the care patients will get in 2013.
The Wallstreet Journal
Gepost door Unknown op 4:48 p.m. Geen opmerkingen: 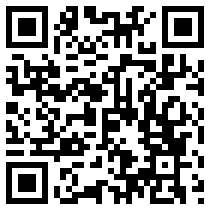